A conflict theory technique
that will resolve
friction within your life! 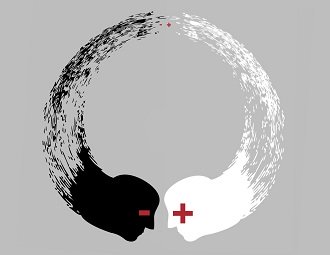 Conflict theory deals with the circle of conflict within human relationships we can often find ourselves within. Once this process has taken a recurring hold the cycle needs to be broken before it becomes destructive. A simple exchange of views or a minor disagreement can be escalated into a huge aggressive argument very quickly when a relationship is struggling, the mind-sets of the individuals within that relationship can become entrenched in a self-protective emotional stance. This is the enabler for the circle of conflict and once repeated becomes a learnt behaviour by those within the relationship and is deployed when any potential challenge arises. This article is to help people understand conflict theory in situations they may find themselves in, once you see where you are, the potential for a different choice path can open up.

Understanding conflict theory made me see how a particular relationship had become dysfunctional and was affecting my life and my inner self to the point of heightened levels of anxiety. This was due to the level of importance I had placed on that relationship, this led me to serious mental exhaustion. This learning, used with the argue to win technique allowed me to take control of the situation in a much more commanding way and gave me the space I needed to see that the relationship was not healthy.

Once we find our selves engulfed within a confrontational relationship we can all play three potential parts and conflict resolution becomes difficult to reach.

The Instigator within the circle of conflict is the person who will initiate the disagreement, maybe for the right reasons but will potentially not deliver it in a calm, compromised or compassionate way. Even if they do, the receiver may be in no mood to accept and will also turn into an instigator. This will then lead the initial instigator to become the victim. Either way, one of the individuals with their feelings hurt and sensing a potential threat become confrontational and make the decision to stand their ground without compromise and defend themselves vigorously. Once this process has started there is potential from both sides to say things that hurts deeply. This is where the peace maker comes into the conflict process, once we have reached the point of deep hurt there may be a pause from confrontation to allow some reflection on events. One of the individuals will realise they have deeply cut through somebodies emotions and due to feelings of guilt or insecurity become a peace maker.

However the peace-making may not be built on resolution of the problem but more on picking up the broken pieces and back tracking on the hurtful things that have been said. If we presume that only two individuals are part of this conflict, we can say that any one of the two could be any one of the parts played, instigator, victim or peace maker. The question is: How do we stop this cycle from starting in the first place?

With a compassionate considerate attitude towards conflict from all involved. Leading to a true outcome with considerably lower levels of stress!

If your communications with an individual continuously falls into this conflict theory and you find yourself in the circle of conflict consider if the relationship has anything left to give?